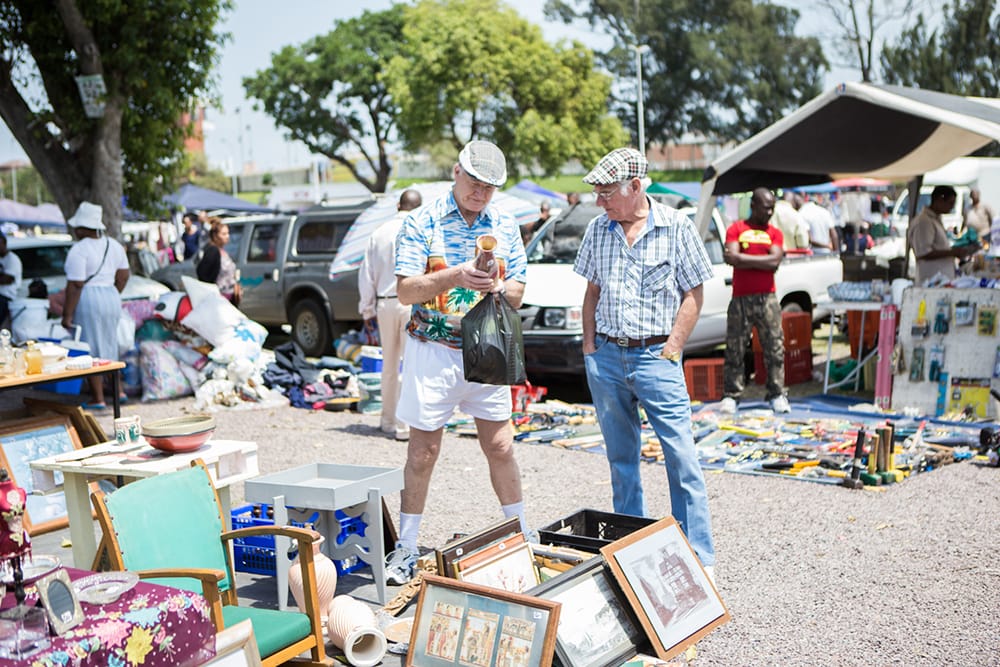 Give me more things

Do they comfort us? Do they give us a sense of security in a world so full of adversity?

I’ve got a lot of things. I have about eight cameras, four surfboards, at least seven pairs of shoes, three phones (all hand-me downs, in my defense) and one nice shiny car. I still look at other cars though… I can’t help it. They’re just so sexy, even though the one I have is perfectly good. I want a different one, a bigger one.

My dream car is a sky blue Jeep Wagoneer 4×4 (1990) with real wood side paneling. Maybe I’ll find one down at the car boot market.

The best thing about the car boot market is that here, every pleb is a rich man. It’s like having a cheat code, a place where you can thwart capitalism every Sunday for a few hours only. 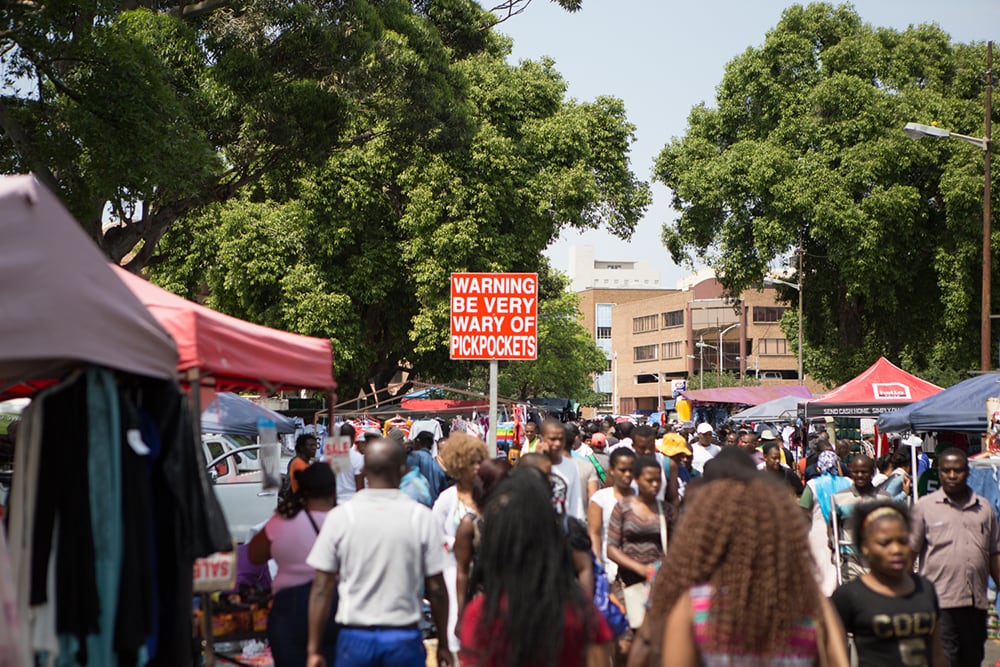 At the car boot market, old things are given a second chance. They’re resurrected like JC. Unlike malls, which are the consumer churches of NEW things. We have so many fucking malls in this country. Malls make me vomit, but I go there once in a while for some retail therapy. To ease the pain of working so dam hard. All the pretty things found in the mall are shiny, expensive and seductive. The models that dance across the shop-fronts evoke a well of desire. An agony for the good life. Mostly I window shop. Or go to the movies.

Have you every noticed that four out of five movie posters show a white male wielding a gun? Just saying.

Anyway, down at the car boot market they don’t sell guns and sex (as far as I know). When you shop there you may as well leave your shopping list at home ‘cos you never know what you’ll find. A telescope, generic medicine, tennis rackets, pot plants, jackets, gold fish…. you name it, it’s coming home with you (whether you need it or not) ‘cos it’s so damn cheap! 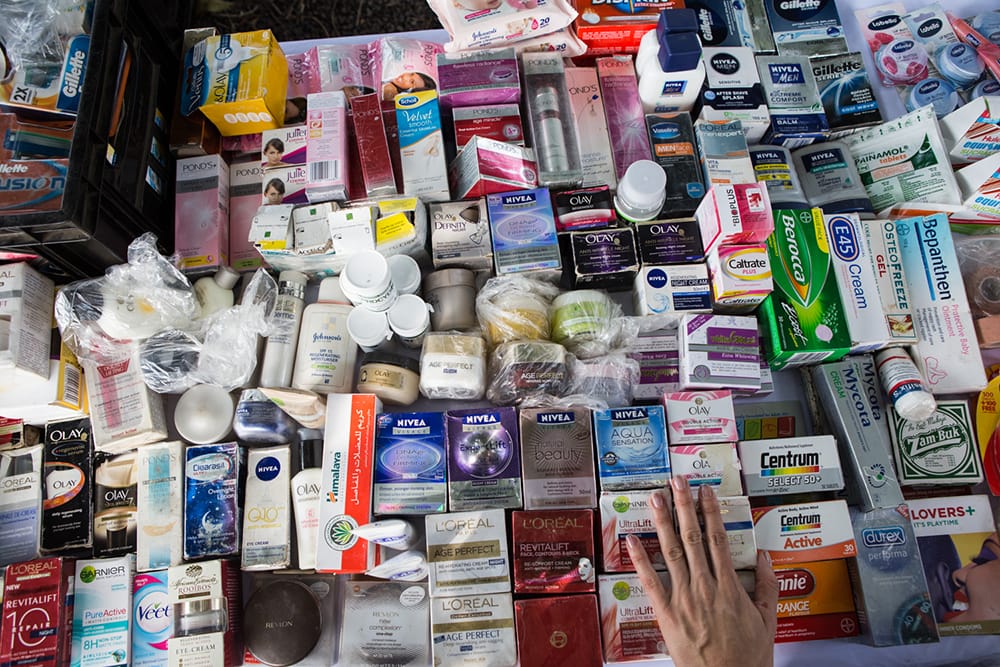 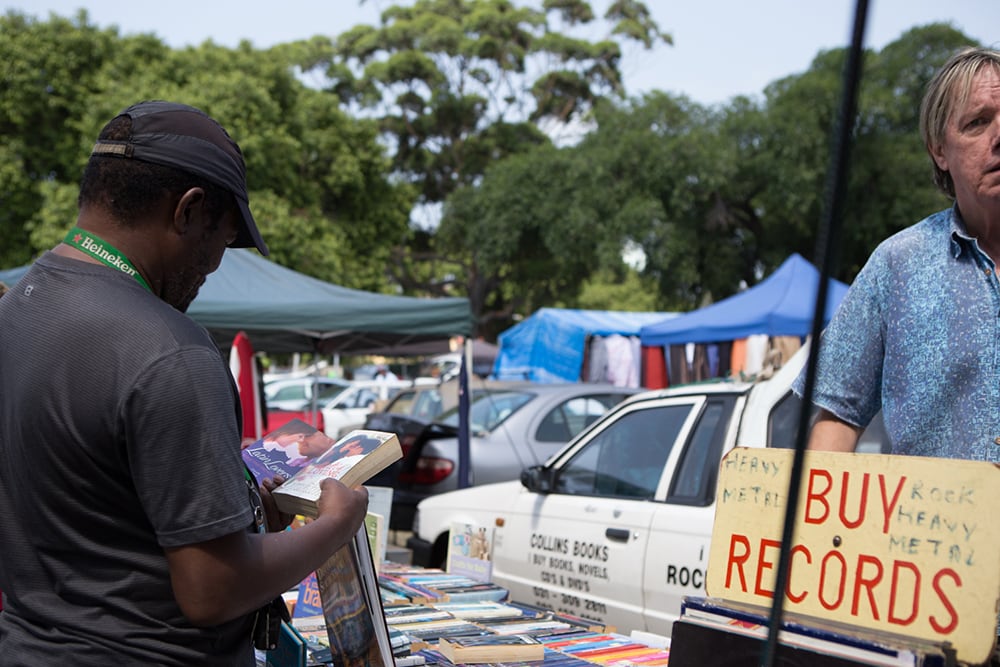 Most people hoard things like dragons do jewels. We’re all a bunch of fucking magpies. Moreish. I have so many clothes in my cupboard that I can’t find anything to wear. It’s a disease, this capitalism thing. 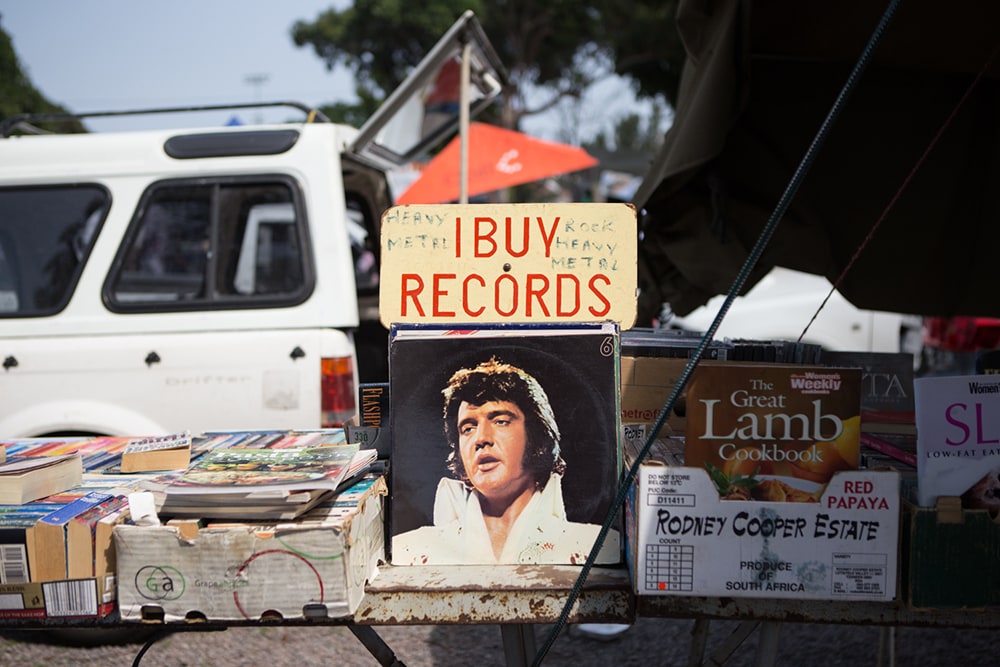 Don’t get me wrong, I’m not suffering here, my life is damn near perfect. I’m a privileged personal journalist, hear my roar. I also take pictures for money. Sometimes it’s an unfair exchange… if I had to pay all my subjects a fee I’d still be a poor man. I’d go so far as to say I’m happy, but only because I don’t think about things too much. I’d rather go surfing.

I’m a good citizen, I take my poison daily. Coffee, cigarettes, THC, liquor, money. Mostly money. I take it like acid to the eye-ball.

A few years back I stopped giving money to beggars, because (rationally) you’re not helping the situation, right? I’ve become meaner since. And richer. A better capitalist.

Although I owe the bank a lot of money and every year I have more stop orders on my account. I’ve tried to stop some of them but they won’t go away.

At least I’m not a ‘traditional’ capitalist. I often buy second hand shit. As a consequence, my shit often breaks, so I’ve tried to change this strategy, but still, it’s got me this far and you know what they say about teaching old dogs new tricks. 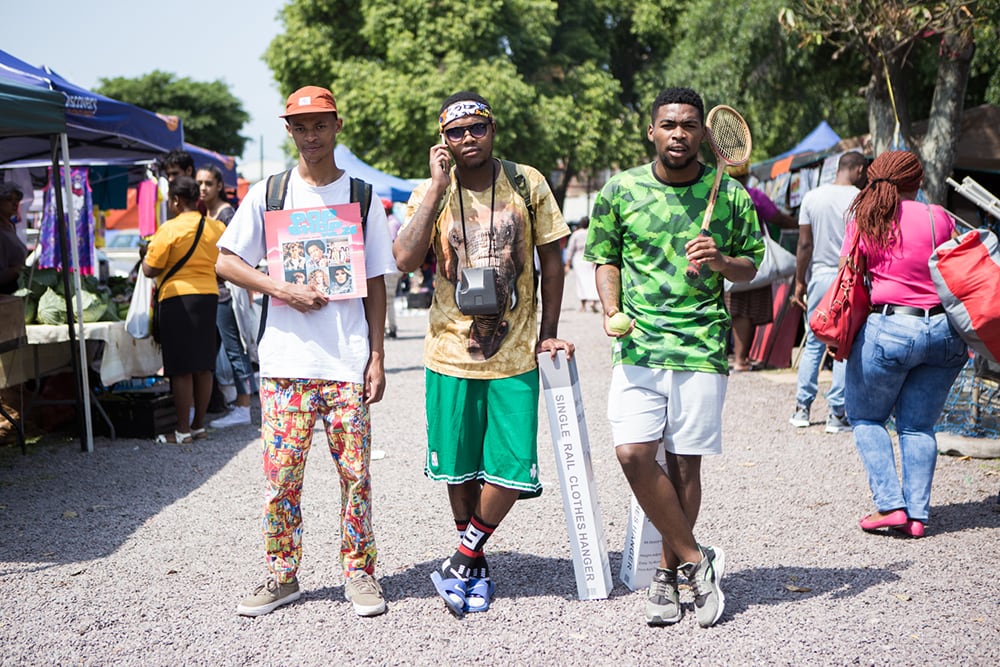 I tried to get my Canon 5D Mark 1 fixed the other day, but they told me Canon won’t fix it because they don’t have spares. “It’s too old,” the old-ass lady at the camera shop said. I loved that camera. The shutter sounded like a guillotine or a gunshot when it dropped. Nobody’s ever tried to mug me for that camera ‘cos I could probably knock a thug out with one clean crack to the head. It’s all bullshit anyway, they just wanted me to buy the newest model, which cost me a fortune.

But check my new and improved pictures, they straight-up glaying. You gotta play the game I guess, or get eaten up by the machine. 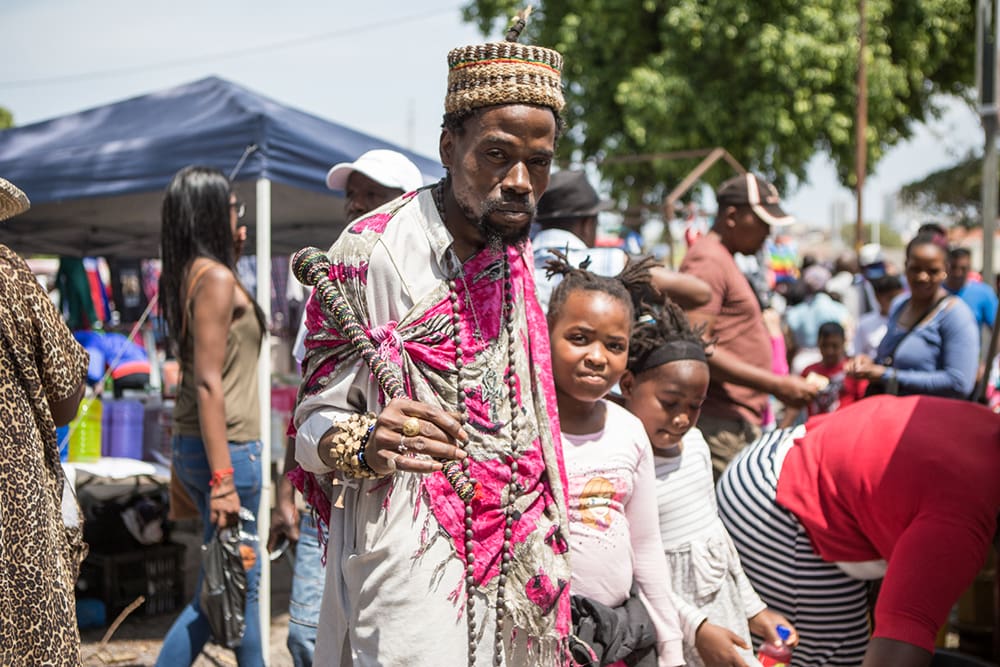 Speaking of which, Christmas fever is upon us. Those fucking capitalists have already snuck creepy old midget Santa’s into the stupid market (I mean the super market) to seduce our kids. It’s October for fucksake!

I’ll do my Christmas shopping down at the car boot market, thanks. Let’s avoid asking too many questions about the origin of the goods though, ‘cos that’ll open up a whole other can of worms. I’m all for the redistribution of wealth, but I do hate getting robbed as much as the next man.

The car boot market offers a unique, ‘extreme’ shopping experience because you have to watch your back for pick pockets and weird ous. It also won’t suit snobs and racists ‘cos it’s a truly multicultural, working class space.

The world is overflowing with things. So recycle and re-use if you can, I say. 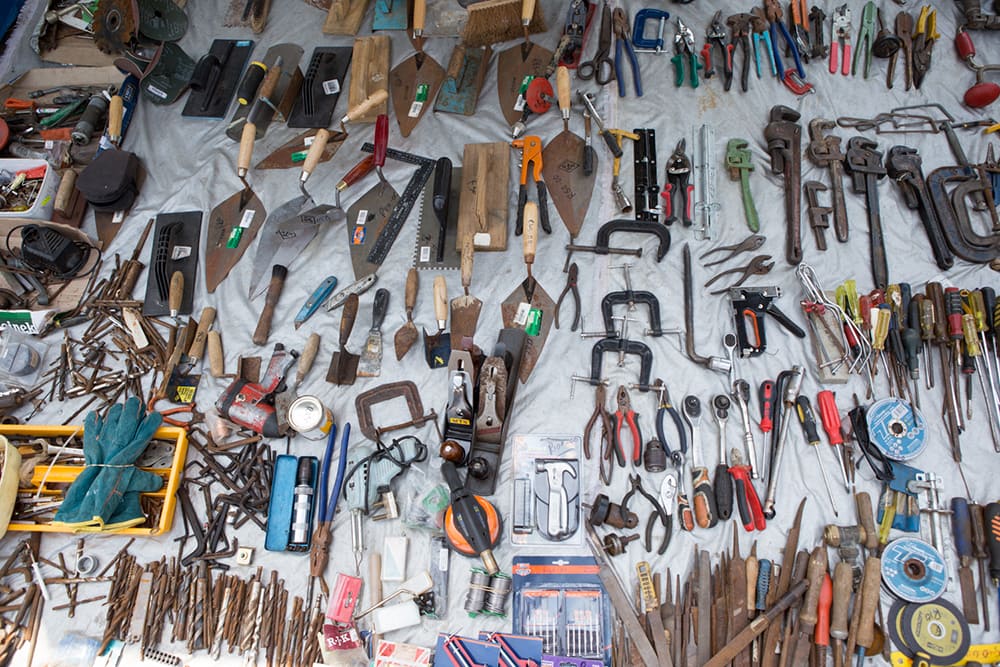 Yeah I’m a hypocrite, I’m a capitalist too (as you can tell), but it doesn’t mean I don’t want to take a crow bar to Jacob Zooma’s fleet of beamers. He’s got more cars and wives than should be allowed… it’s emasculating for the rest of us. Jokes.

Samora is a freelance photojournalist based in Poison City. See more of his work on www.authorsamora.co.za and follow him on Instagram@samora_chapman