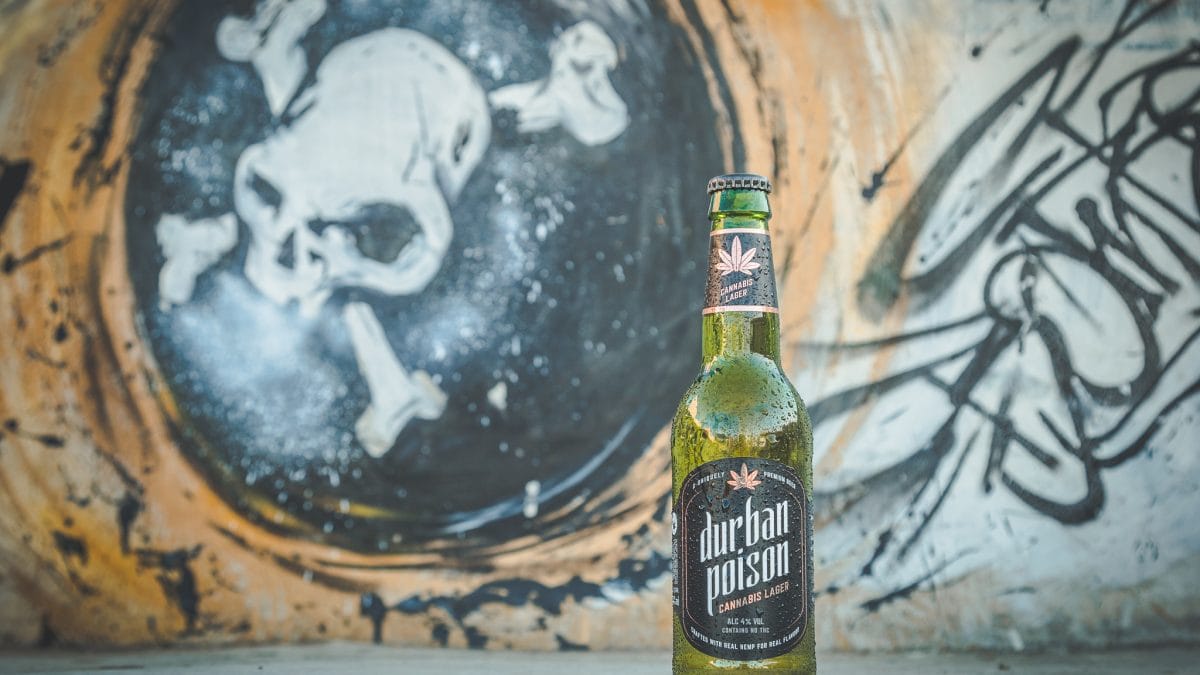 The year 2018 was monumental for cannabis legalization. Canada legalized recreational use on a national level. California opened the world’s largest legal market. Michigan became the first Midwestern state to legalize recreational cannabis. Now, with South Africa’s highest court unanimously deciding to make the private use and cultivation of cannabis legal this past September, last year’s seismic shift in the way governments and legislative bodies treat the long-demonized plant was cemented as a global phenomenon.

As the smoke clears in the wake of the South African court’s ruling, the country’s enterprising cannabis enthusiasts are already demonstrating that their favorite plant can be used for much more than just bong ammo and spliff filling. Poison City Brewing has proved itself one of the early pioneers in finding creative avenues for cannabis by using it as an ingredient in beer. The microbrewer, located in coastal Durban, recently added two cannabis-based beers to its line of craft brews—an IPA and a lager. 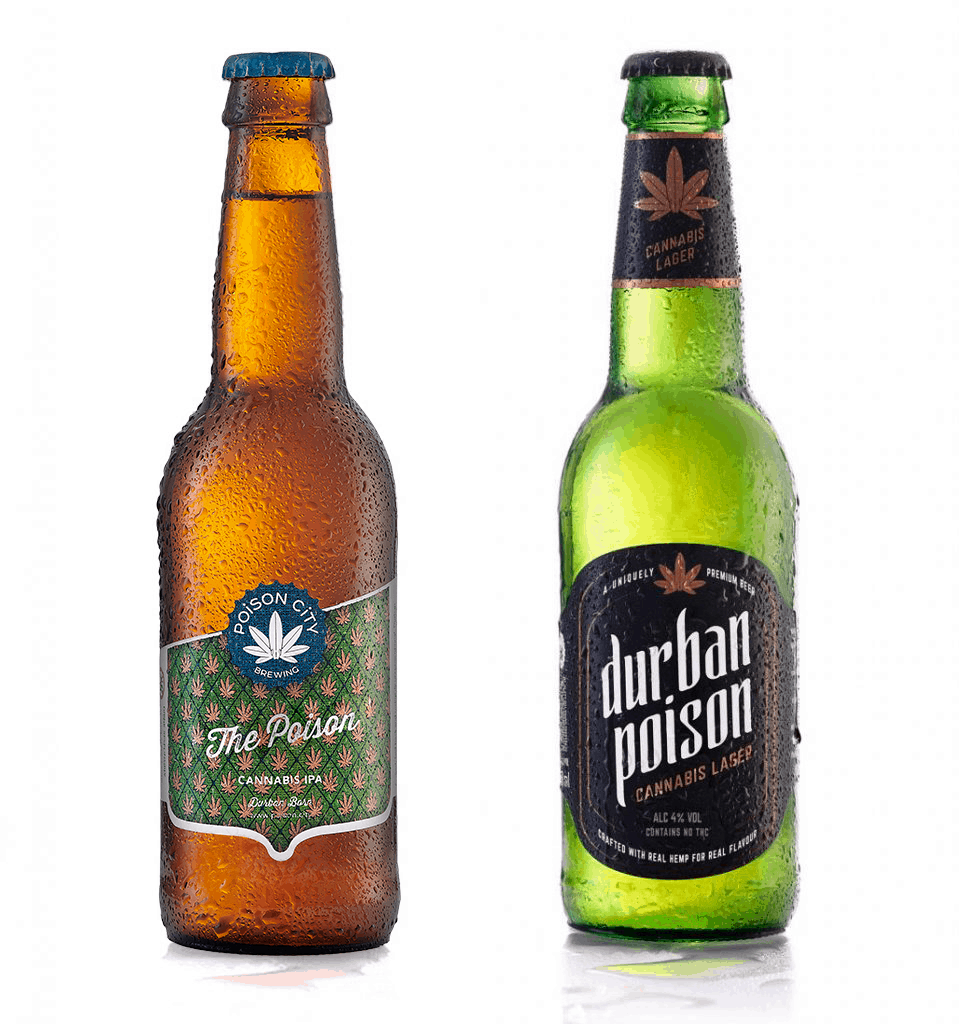 Unlike the THC- and CBD-infused beverages that pack the fridges in California and Colorado dispensaries, Poison City’s cannabis-based beers won’t get you high. They don’t contain the psychoactive ingredients found in cannabis, and as the brewery’s website states, Poison City has “simply replaced some of the [beers’] hops with hemp.” But to Poison City co-founder Graeme Bird, using cannabis in his brewing process is about much more than getting stoned.

In Bird’s quest as a beer artisan, the newly legalized ingredient offers him both the ability to give his creations unique body and flavor qualities and the opportunity to pay homage to his hometown. Many outside of South Africa know Durban chiefly as the source of Durban Poison, a world famous, spicy strain of sativa that, to Bird, is emblematic of the counter-cultural lifestyle he and co-founder Andre Schubert embraced as young surfers growing up here.

Following the overnight success of Poison City Brewing’s cannabis-based beers, Bird spoke to PRØHBTD from South Africa about how he and Schubert went from surfing Durban’s waves to capturing its culture through beer, the way legalization can positively affect the social and economic structures of the country, and his future plans to provide a safer, healthier alternative to alcohol.

Tell me a little about your background before you co-founded Poison City Brewery.

Both me and Poison City Brewing co-founder Andre Schubert were born and bred in Durban. Besides being famous for its great cannabis, the other things Durban is renowned for are our great waves and pioneering surfers, many of whom made their names in Hawaii and California. Surfing has always been a huge part of our lives. As kids, we practically lived on the beach and reveled in the counterculture surfing lifestyle, which was a great juxtaposition to the conservative nature of life during apartheid in South Africa. 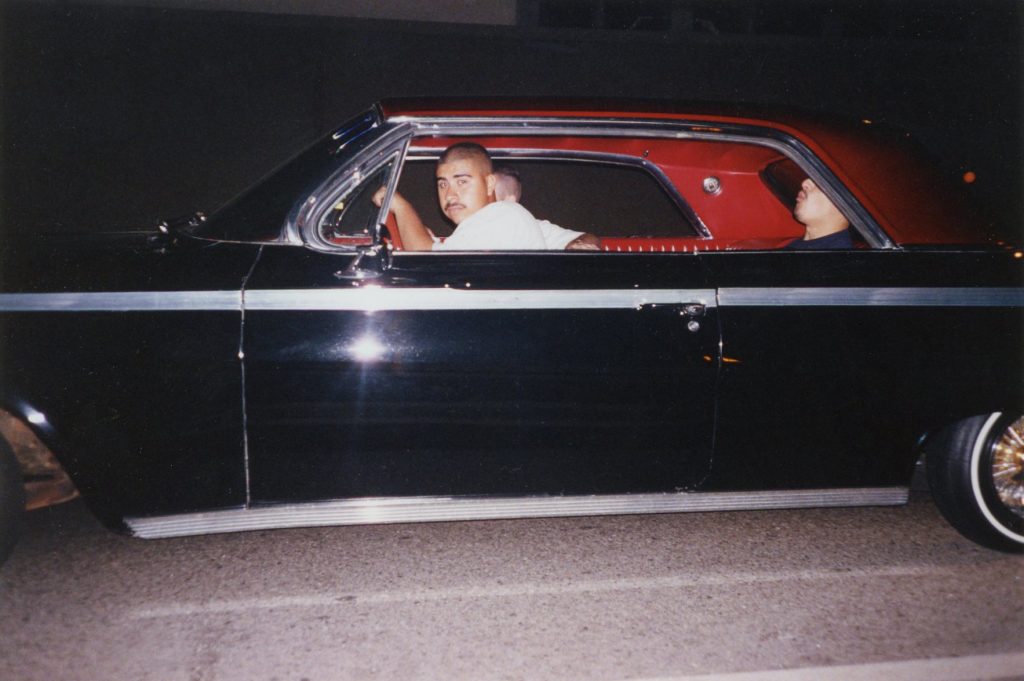 This lifestyle set the tone for our adult lives, and we both traveled extensively after our university days, searching for fun and waves across the planet. Traveling gave us a clearer perspective of how sick the apartheid regime was because propaganda back home hid the extent of the atrocities and dumbed down our awareness of the evil being perpetrated by the white minority government.

This became a driving force in my life, and when I came back home after four years on the road, I dedicated my time towards using my skills to help redress the balance. This is still a huge part of what inspires me, and a big part of our motivation is to create a brand that makes Durban proud and to use that to help unite the people that live here.

Lots of people love craft beer, but it’s a big leap from having a passion for beer to deciding to found your own brewery. What led you to make that leap?

I eventually ended up as an executive in a large global corporation, and Andre became a successful restaurateur. When the hamster wheel of corporate life finally wore me down, I began searching for something I could do that gave me more freedom. As a big fan of cannabis, I knew the time would come when the conservative dogma that had demonized cannabis would be defeated. As a surfer, I love waves, and the green wave was a ride I couldn’t resist. Craft beer was the perfect place to start because the independent artisanal nature of the industry created the scope for innovation and challenges the conservative commercial norms. 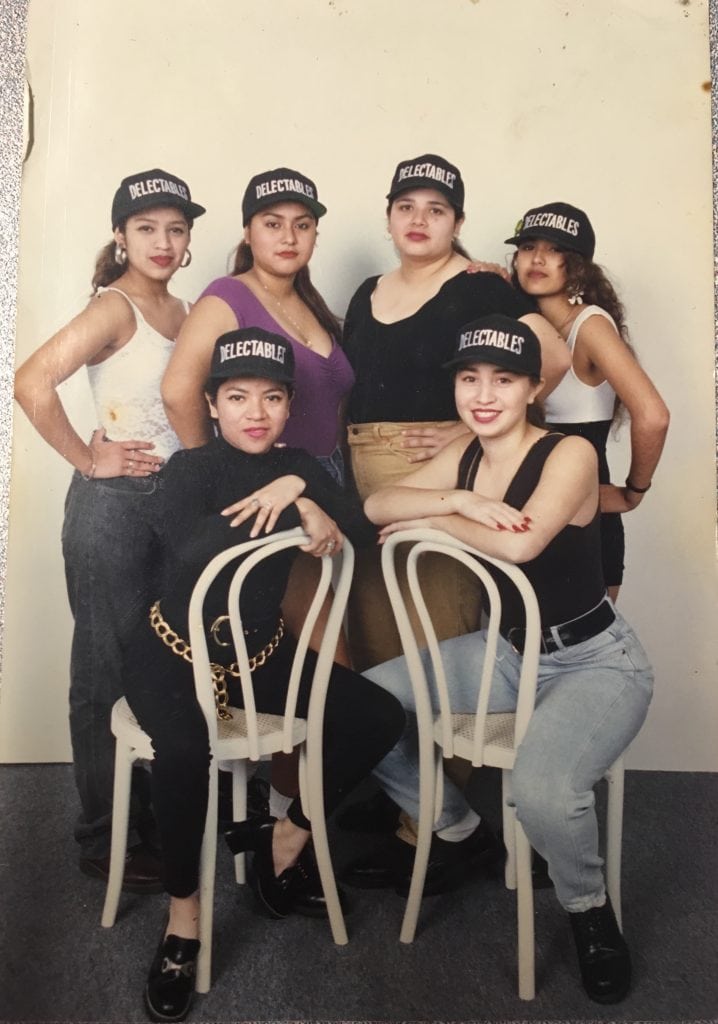 Beer making also has a unique link to cannabis in that both hops and cannabis form part of the cannabaceae plant family. Both are essentially medicinal plants and share flavor profiles that can be used in beer making. In this way, it was possible to make a beer that tasted familiar to beer lovers and to introduce a cannabis product to the consumer in an authentic and legitimate way. So while making great craft beer is one of our key goals, the main focus is to establish a cannabis beverage brand. Who could be better to do this than two surfers from the city best known for Durban Poison, the world famous sativa-dominant cannabis plant that was derived from land race strains endemic to our region.

You’ve said that extensive travel was instrumental in broadening your understanding of craft beer culture and in exposing you to different flavors and brewing processes. Can you tell me about a place, a beer or an experience you had abroad that stuck with you and inspired your work?

For Andre, it was time spent in the U.K. in the 1990s and exposure to the English bitter, which is a pale ale that formed the foundation of the craft beer movement. For me, it was double IPAs, and in particular, Russian River’s Pliny The Elder, which I first tasted in San Francisco in 2006. The robust, diverse flavor of ale made us realize that there was way more to beer than the stock standard commercial lagers we knew before.

Tell me about the process of developing your cannabis-based beers.

While we can’t share the exact technique, it’s fairly simple to add cannabis during the brewing process because of the similarities between hops and cannabis. Still, there was certainly a fair amount of testing to get the recipes right. As you can guess, we’ve never had a shortage of tasters to test the products during the development stages.

Although they’re made with cannabis, the beers don’t contain THC, CBD or any psychoactive ingredient, except for alcohol. So if it doesn’t get you stoned, why brew beer with cannabis? How is it different from more traditional beers?

For one thing, we don’t believe in mixing THC with alcohol. Regardless, it’s not yet legal to sell beverages with CBD or THC in South Africa. While the correlation between hops and cannabis is the reason we use cannabis in our beer, it’s primarily the flavor that we are aiming for in our first products.

There are different options [for cannabis ingredients], and at the moment we use seeds, which give the beer a great nutty flavor and the oils create a smoothness that enhances the mouthfeel. The oils are actually regarded as a “superfood” because they are rich in fatty acids like omega-3, so there’s a great health aspect, too. We’re also working on products using cannabis terpenes, which are the aromatic oils that color cannabis varieties and have distinctive flavors.

What has the response been like to your cannabis-based beers so far?

It’s been mind-blowing! We knew there would be an appetite for a cannabis beer, but we had no idea it would be so wide reaching. Our timing in South Africa was perfect, with the beer being released the day before our highest court ruled that criminalization of the personal consumption of cannabis in a private space was an invasion of our constitutional rights. This seemed to eliminate any backlash from conservative forces, and the response was overwhelming. The story achieved more than 100 million impressions in mainstream, business and social media, and sales took off immediately.

We were inundated with calls from consumers, retailers and distributors searching for the beer. I was in Miami at a trade show at the time, and because of the seven-hour time difference, calls started coming in the middle of the night and just didn’t stop. It was crazy, but I didn’t want to miss one call so sleep became a rare commodity. Interest wasn’t limited to people in South Africa—we fielded calls from around the world.

What effect do you hope Poison City’s cannabis-based beers will have on drinking culture in South Africa and around the world?

Our cannabis beers will go a long way towards introducing consumers to cannabis beverages because they taste familiar and will appeal to everyone. But their key role is to introduce people to our brand, and we’re most excited about the non-alcoholic beverages with THC that will follow because that category will be one of the biggest disruptors the alcohol industry has ever faced. While we love great tasting alcoholic products, it’s clear that consumers are becoming more health conscious, and many are realizing that cannabis is a healthier alternative to alcohol in the social adult space.

We also hope the interest and love for our products will help in the fight to change legislation in South Africa and the rest of the world. In South Africa specifically, we have huge economic challenges associated with the imbalances between races caused by apartheid. Thousands of poor rural black families have been cultivating cannabis for decades for sales across South Africa. This has been against a backdrop of harsh criminal laws that have led to jail terms and the prevention of these growers from being able to care for themselves and their families. Legalization of cultivation and the commercial sale of cannabis products here will create huge employment and wealth-creation opportunities that will go a long way towards alleviating poverty and redressing the economic imbalance. Taxation would also contribute enormously to the government’s limited Fiscus and give it the ability to deliver basic services desperately needed by the poor.